23 Jan OUR LATEST ACHIEVEMENTS – FROM OUR CUSTOMERS:

Posted at 11:40h in All posts, From our customers by Carré
Share 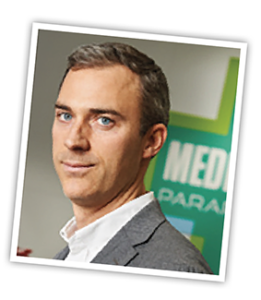 ‘We have a theoretical idea of the concept, but we mustn’t forget there’s a buyer behind…’

How is Medi-Market doing four and a half years after its launch?

YV: Today we have 33 parapharmacies, 18 pharmacies and we’re still expecting to expand considerably this year. The project was launched in December 2014 and after four and a half years we are lucky to have a concept that has worked really well, it’s very positive! In terms of growth, we expect to turnover 130 million this year and 200 million next year.

Why did you choose Carré to launch a project of this scale in Belgium?

YV: First of all, I have a little bit of history with Carré, because we previously worked together at Delitraiteur. But we chose Carré mainly for their understanding of the concept and also for their proven approach.

Carré has the ability to transform an abstract concept into a concrete project. The agency looks at the basic concept realistically and determines what is and is not feasible.

Are you talking about retail expertise?

YV: Clearly, especially in terms of understanding the buyer and the methodology around it. We have a theoretical idea about the concept, but we must not forget that there is always a buyer behind it and Carré pays a lot of attention to that.

YV: We have many new challenges on the horizon:

The Italian market: we have bought a brand in Italy in order to develop the Medi-Market concept mainly in Milan, Turin and Bologna. We expect to have the same growth as in Belgium.

Online: we want to move up a gear, with a strong omni-channel strategy. We are building a national network and we want to use it as a basis for a major digital policy.

The network: there are still a lot of potential improvements that we want to make in our operations and other business areas.

What is your lasting memory from this journey?

YV: I think the richest experience has been thinking collectively right from the beginning. Carré had the intelligence to spend time on the project, to jointly create a concept like Medi-Market and to make it real.

So, I’d say the first workshop we had together. I appreciated Carré’s entrepreneurial spirit. It is not a multinational but an agency with people who we can share and reflect with in a true partnership.